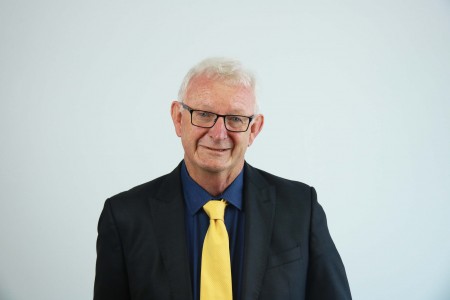 Former Competenz Chief Executive Officer (CEO) John Blakey has been made an Officer of the New Zealand Order of Merit (NZOM) for his services to education.

John has dedicated the past 30 years to the education sector, more recently through industry training in roles including CEO of the Forest Industry Training and Education Council, board member of the Tertiary Education Commission, chair of the Industry Training Federation, and CEO of Competenz from 2007 to 2015. John has previously sat as a director on the Competenz board and continues his involvement in vocational education as chair of ATNZ.

In his tenure at Competenz, he led the organisation through the government’s consolidation reforms in the sector which saw the number of 40 training organisations reduce to 11. He was also instrumental in the launch of the ‘Got a Trade? Got it Made!’ campaign, now known as ‘Vocation Nation’ and led by the government.

John says he feels very grateful to receive the New Year Honour and is proud of his successes while leading Competenz, especially in learner achievement.

“When I came to Competenz an apprentice took an average of six years to complete their qualification, some taking eight or nine years. And only around 30 percent of trainees completed their training. We went about turning that statistic around and it was exciting to see the improvements and to see the pride in our teams as they got better and better at lifting apprentice and trainee achievement. I tried to make high performing teams the key to our performance improvement and the heart of our culture.”

Also during John’s tenure at Competenz, he implemented new initiatives with online learning and lifted the quality of learning resources. “Once again, the team’s efforts working with learners to find out what worked best was crucial. When I was head of AUTs School of Communication Studies, I also held the same philosophy; work with great people to do something different and achieve great outcomes for students.”

“As CEO of our organisation for eight years, John’s leadership impacted the success outcomes for thousands of Competenz customers and learners during this time. We are fortunate John continues to work with us in his role with ATNZ, and we are thrilled that his long service to the wider education sector has been recognised,” said Amanda.

John celebrated his NZOM award with a champagne lunch on New Year’s Day with his family.