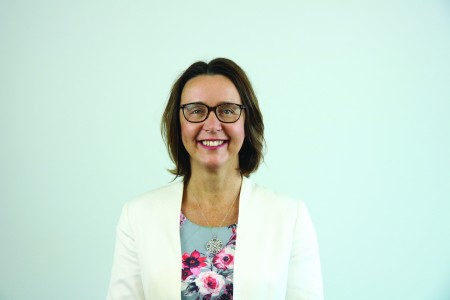 Competenz CEO Fiona Kingsford has announced plans to step away from the industry training organisation after 13 years, six of these at the helm.

Ms Kingsford said the business moving into its next phase felt like a natural time to pass on the leadership baton. On 02 August, Competenz joins Te Pūkenga – New Zealand Institute of Skills and Technology as part of the Reform of Vocational Education (RoVE), the most significant reorganisation of vocational education in a generation.

“I have thoroughly relished the challenge of helping shape the path of Competenz, and at a wider level vocational education, through the RoVE process and being a strong advocate for the needs of our 38 industries. I am immensely proud of all Competenz has achieved during my time as CEO and now feels right for me to leave, as the organisation grows in a new direction.”

Although 30 July 2021 will be her last day in the Competenz CEO role, initially, Ms Kingsford won’t be too far away. She will continue in her role as a board director of Apprentice Training New Zealand (ATNZ) – currently a Competenz subsidiary trust and will also support the newly established Te Pūkenga Work-based Learning (WBL) Subsidiary as Acting Chief Executive for the first few months until a newly appointed Chief Executive joins.

Competenz Board Chairperson George Adams expressed the deep appreciation of past and present board members for Ms Kingsford’s exceptional guidance and dedication during her tenure, especially her mahi during the lengthy and complex RoVE transition process.

“I want to thank Fiona for her service over the last 13 years and express on behalf of the board and employees of Competenz our sincere gratitude for her commitment, leadership and professionalism, especially during this final phase of transition for Competenz.

“I want to also thank Fiona sincerely for her commitment to leading the Competenz team through the last two and a half years of change and uncertainty. In particular, we acknowledge her dedication to ensuring our employers and learners have been well represented in designing the future of vocational education in New Zealand.”

From an extensive background in human resources, strategy and transformation, Ms Kingsford joined Competenz in 2008 as General Manager – Organisational Development. She also held the General Manager Trade Training and Head of Strategy and Innovation portfolios before becoming Chief Executive in June 2015.

Alongside the gargantuan RoVE transition, Ms Kingsford’s other key achievements as CEO include transforming the business into one focused on customer centricity, product innovation, technology adoption and enablement. This led to elevating the profile of Competenz within the 38 sectors it serves, reflected in a 45-point increase in its customer engagement net promotor score and a doubling of the learner and employer numbers over five years through mergers and growth initiatives.

For the last year, Ms Kingsford has also served part time as Transition Capability Lead with Te Pūkenga, leading the overall development and implementation of all ITOs transition into the new entity. She also sits on the Interim Establishment Board for Hanga Aro Rau, Manufacturing Engineering and Logistics Workforce Development Council, tasked with the development of the Order in Council and establishment plan for this entity.

Internal recruitment for the newly created role of Director, Competenz Business Division, WBL Te Pūkenga (replacing the role of Competenz CEO) has now commenced and the new appointee will be announced in late July.