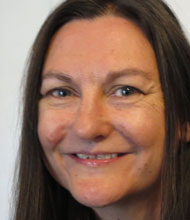 Catherine Masters is a Competenz assessor for the National Diploma in Applied Journalism. She has been a journalist for almost thirty years. Highlights of what she describes as a ‘hugely rewarding career’ include covering the trial of Sir Peter Blake’s killers from Brazil, the Boxing Day tsunami from Thailand, the Christchurch earthquake, and the Pike River mining disaster, all for the New Zealand Herald. Catherine is currently a freelance journalist who also tutors in journalism at AUT University.

Here Catherine tells us about her role as an assessor.

What does a contract assessor do?
“I review the work the students send through to make sure they’ve completed all the requirements to a high standard. This is about getting them to really learn their trade and make sure they’re competent.
So, in my assessment reports I’ll often point out where they might be going wrong or need to do a bit more work. I’ll also suggest further reading. In some ways, the assessments are about mentoring. As the students often need to send through examples of their work pre- and post-publication, I get to see how they’re going. Sometimes there might be quite basic areas they need to polish up on, or they might need to think more deeply about the ethical issues they’re faced with.”

What value do you see in national journalism qualifications?
“There was a time when journalists as young as 16 began their careers working in newsrooms as cadets and learning their craft on-the-job alongside the old hands. Nowadays this is rare, if not unheard of, and qualifications are essential.
Newsrooms and media environments are busy places with incredible demands. If you’re hired into these environments you’re expected to know what to do from day one. You might get sent to cover a car crash on your first day, or to cover the local council or court. You have to know what you’re doing, both in terms of interviewing and writing, but also in terms of potential legal and ethical issues. National qualifications give you this grounding.”

What in your experience makes a good journalist?
“I’ve worked alongside some great journalists. One thing most have in common is an inner drive. Often it’s to expose injustices and cover-ups, or to dig deep into a person’s psyche to figure out what makes them tick.
Journalists need to get to the bottom of an issue and hold decision-makers to account to inform the public. They play an incredibly important role in society and need to have integrity, and hold themselves to a high account in an industry which is undergoing big changes and under pressure. Of course, journalists also need to be able to string a few words together too…”

What advice do you have for learners who want to gain their qualifications?
“Make the time to do it – even if you feel the demands of a busy newsroom leave you no time to study. You’ll be glad you did.
The modules are often based around work you’re doing in the workplace, and the course requirements will force you to think more deeply about how you might have written a story and the issues you’ve encountered. For example, you may have to analyse a case study in the ethics and law modules, and figure your way around some curly issues. This stands you in great stead in your career. In the end, it’s not just the student who gains from the diploma process, but the workplace and the public too.”