Why investing in your staff is the smart move to make 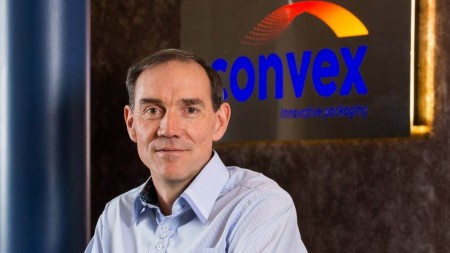 Owen Embling has lost count of the number of times he’s sat at industry round tables where the discussion kept returning to concerns over New Zealand’s skill shortage – a topic he reckons can easily be addressed.

“I used to sit in these meetings and think, ‘I don’t have a problem with that’. If you train people from scratch and help them grow, you don’t have this complaint.”

Embling is managing director of Convex and during his 30 years with the company that prides itself on producing innovative plastic packaging, he’s maintained an equally innovative approach to investing in staff training.

Working with training organisations such as Competenz has seen staff gain skills that not only added value to the business, but to their personal lives and the community as a whole.

“I reckon we need to take the long-term view that communities where everybody is employed are significantly better than those that aren’t. Anybody involved in personal development in any way is going to be more fulfilled.

“When you have a company of young people who are being trained and developed, they are empowered to work together,” he says.

“If you sit with people and say you believe in what they can do, it has a really powerful motivating effect. They walk out of here after making bags or running extruders and go home and pass that positivity on because they believe they have had a fulfilling day.”

When it comes to success stories, Embling doesn’t need to look far. He wouldn’t be where he is today if an employer hadn’t seen his potential, and he’s committed to passing that on.

“Someone took a risk with me and offered me some training. They said they thought I could be useful and decided to give me an apprenticeship.”

There are success stories within his own company as well.

When Embling first considered numeracy and literacy training he didn’t think the staff would be keen, but a significant number put their hands up.

One of his now senior engineers had drifted through the school system without achieving significant qualifications, and after getting literacy and numeracy coaching at Convex, went on to do his apprenticeship and become an engineer.

“He says what made the difference was that someone at Convex believed in him. For whatever reason no one at school had, but he figured if someone believed in him, be should believe in himself.”

Embling is familiar with arguments against staff training, and the concerns over cost and time. He’s particularly familiar with the complaint that if you train people up, they’ll leave.

“I say, ‘But if you don’t train them they might stay!’ But seriously, if they stay for two years and give you an engaged workforce, what’s wrong with that? If they leave and add value to another company in the country, is that really a problem?”

He says Convex isn’t immune to the challenges of keeping the factory going while staff are off the line upskilling.

“But I say we can’t afford not to train people so we need to look at a way we can do it, rather than how hard it is.”

While there’s a cost in training people from the inside, Embling points out the cost of integrating new hires and doing without necessary talent are significant.

“That’s why I tell people to look long-term and engage with staff through training and personal development. You’ll never look back.”